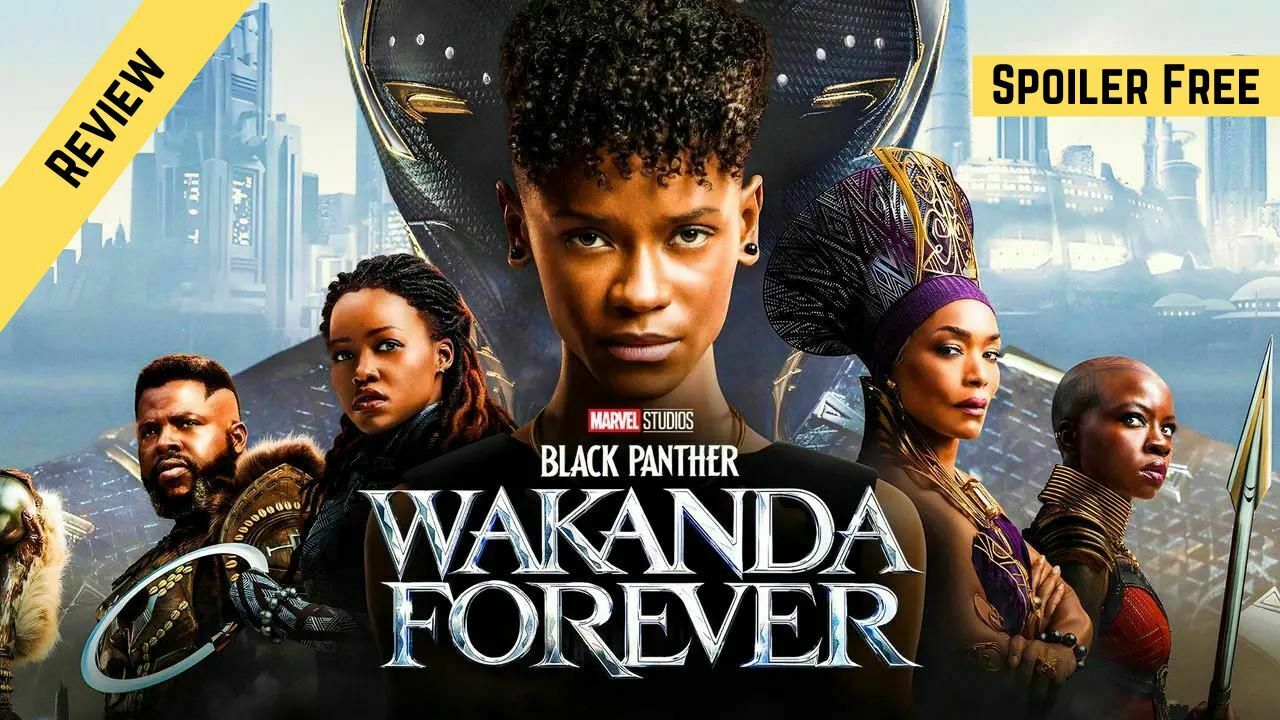 Black Panther Wakanda Forever has been released, And the movie made us cry in the memory of Chadwick Boseman. A movie where the main lead is always in struggle, That how she would be able to end her grief, and move on.

In this movie we met a new queen, About a king and his hidden army, And a story about a king and queen has been told. That how the most broken ones becomes the best leader.

The main theme would be mother-daughter relation between Queen Ramonda and Shuri, Also Tenoch Huerta’s Namor, who has already experienced grief and exploitation, He wants to give Wakanda a bigger grief.

This is a sad movie, you might shed tears at the end of the movie. Because where T’Challa is no more, we have also lost Chadwick Boseman. And this thing was reminded to us again.

If you remembered our OG Black Panther: Chadwick Boseman You can watch Civil War, Black Panther, Avengers Infinity War and Endgame . All these movies are available on Disney+ Hotstar.

Wakanda Forever is a long movie. Where along with Shuri and Ramonda’s journey after losing T’Challa, We also meet a new threat.

Whose language, culture and it’s people were completely different. It was thanks to the director Ryan Coogler who did not show Namor as a simple Atlantean. Because in that way people would have started to compare him to the Aquaman.

Also linking his origin to conquest of Mexico was awesome. This not only differentiate Namor from other water based character, But also shows parallel between Talokan and Wakandan people.

Shuri’s journey is filled with highs and lows, In between adding Riri Williams was a very good creative touch. Riri is not among the lead characters of the movie, But she is important and the whole story revolves around her.

Where a part of her origin has been explored. And it makes sense why there will be an Iron-Heart series. However Ryan had already told us personally before the release of the movie that Riri Williams will be audience surrogate.

Here Riri was not an audience surrogate at Martin Freeman’s Everette Ross level. Because even if she was there, there are many question left unanswered. On top of that the movie was filled with many surprises. Such surprises that the fans can’t even think of.

Talking about acting Letatia Wright gave stunning performance in her Suri’s role. But all hearts were owned by Angela Bassett’s Ramonda. Looking at her physique it seemed like she will be the Black Panther, On the other hand Tenoch Huerta and all other Talokan won our hearts with their performance.

Dominique Thorne’s Riri Williams looked a little new. But her comedic timing were on point. Riri Williams is a genius who was seen as a genius in script, But by her performance she did not seemed like a genius.

But it has nothing to do with Dominique Thorne. It is related to the writers. The way writers shows Tony Stark’s intellect through his decisions taken in small moments, But for the time the vibe was coming from Riri.

Letatia Wright was hospitalized during the shoot, And until the movie ends you will see the difference in her body structure. Lupita Nyong’o’s Nakia was also incredible. Danai Gurira was the one to give performance.

Whose dry jokes were very funny, But her emotional scenes will leave you shocked. Overall in the case of acting the cast blew everyone’s mind. The movies is filled with action scenes, you will not watching lack action scenes.

This was already confirmed by the fans from the trailer. This is my personal opinion that there should be less cuts in hand to hand fight scenes. This increases the epic factor in a fight scene.

But with Namor’s fight scenes and Riri’s suit actions when you will see Wakandan’s and Talokans in action You are definitely gonna enjoy it.

Talking about VFX and CGI, overall everything was good. Wakanda seemed like Wakanda. Underwater scenes were also good. That Iron Man touch in the suit is still missing.

This thing is missing since Infinity War. That purple touch in Black Panther was also missing. But you will understand the reason during the movie.

Even though the movie is sad, it’s still leaving marks in fans heart. Which can’t be forgotten for a long time. Being the last movie of Phase Four, this movie did not disappointed like any other movie.

Chadwick Boseman was not in the movie, but watching the movie you will call it his movie. This was the super review of Black Panther Wakanda Forever. This movie has a mid-credit scene and no post credit scene. You can leave after mid-credit scene.

On top of that there are many languages in the movie. There will be subtitles available for that. Still if we missed any details, or you have a new fact about this video, Please tell us in the comments.