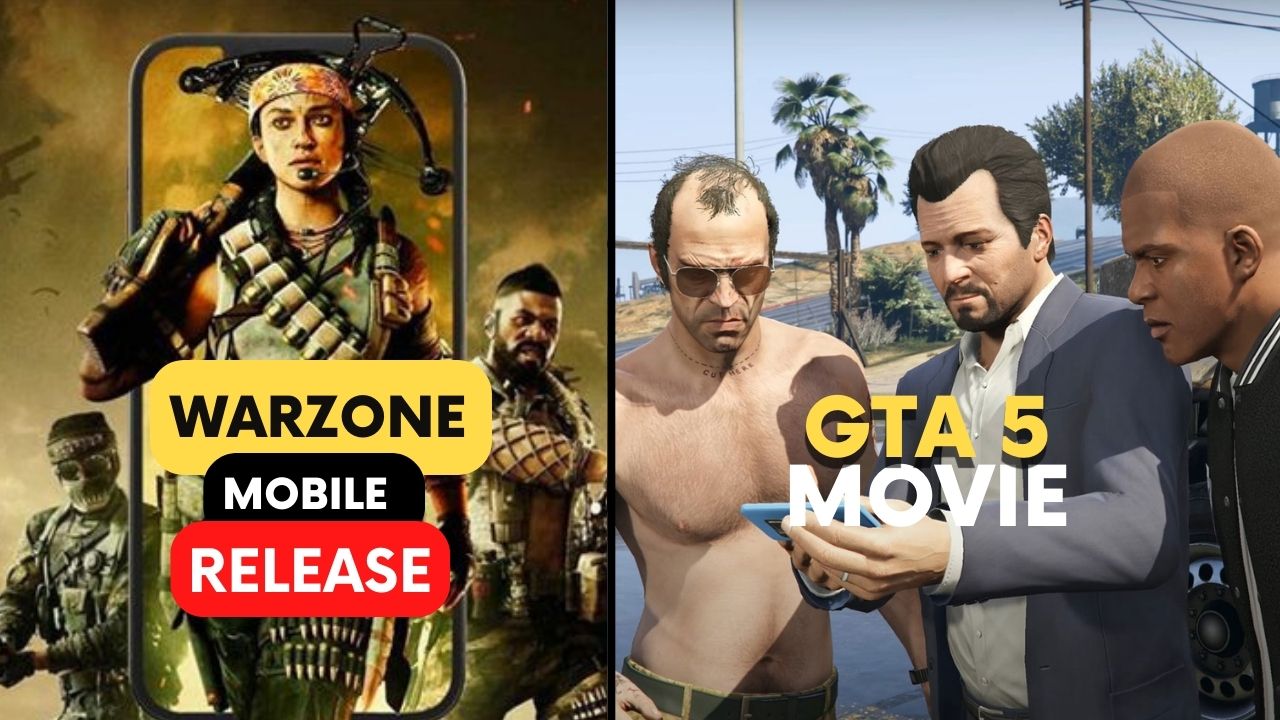 Today in this article we will tell the interesting news of GTA Movie, COD Warzone, God of War Ragnarok, Cyberpunk, Spiderman and many more about best games.

The pre-registration of Call of Duty Warzone for Android devices started in September itself. But now the pre-registration of COD Warzone has started on ios as well. We have also come to know the release date of the App Store game. According to the App Store, the game may be released on ios on 15th May 2023. If we talk about the size, then the game is of 531 MB. You must have an A12 bionic chip to run COD Warzone.

Finally Spiderman Miles Morales is released on pc. And now you can play this game on your laptop too. Although you may have played on your PS3, 4, and PS5. In this you will get combat movements and this game’s comping is also very small.

Now it is 2023 and if we talk about the best games of 2022, then The Game Awards show 2022 took place, in which there is a nomination for everyone whether it is PC or console. Best Games of 2022 1. Apex Legend Mobile, 2. Diablo Immortal3. Genshin Impact, 4.Marvel Snap, 5. Tower Fantasy. Let me tell you all, The Game Awards keeps only those games in this list which were released this year, and that’s why you will not find some more played games in this list.

According to The Game Awards Show these are the Best Mobile games of 2022.

Here are the list of Best Multiplayer Games of 2022 According to The Game Awards Show.

According to The Game Awards Show nominations given below games are the best action, adventure games of 2022.

Who is the Best Content Creator Gamer of the Year 2022

According to nomination of The Game Awards Show 5 Creators are the Best content Creator of the year.

In this category the game show nominated which performed well in this year not on released date.

In this category The Game Awards Show Nominated.

You could vote for the games you liked the most by visiting The Game Awards Show website and you would get the final results for all of them on 8th December.

In this, we have got a news that GTA movie is coming, Sam Hauser and Dan Hauser have a friend who reveals in the podcast that once a producer goes to take the rights of GTA Movie and it is told that the actors of this movie Eminem will be there and Tommy Scott will be the director who made Top Gun Maverick. But this thing was released in 2001 when the gta game was released but Hauser Brothers had made up their mind that they were not interested in it.

Let’s see whether we will get to watch GTA movie or not, time will tell. If you liked this Gaming News article then share it with your friends.