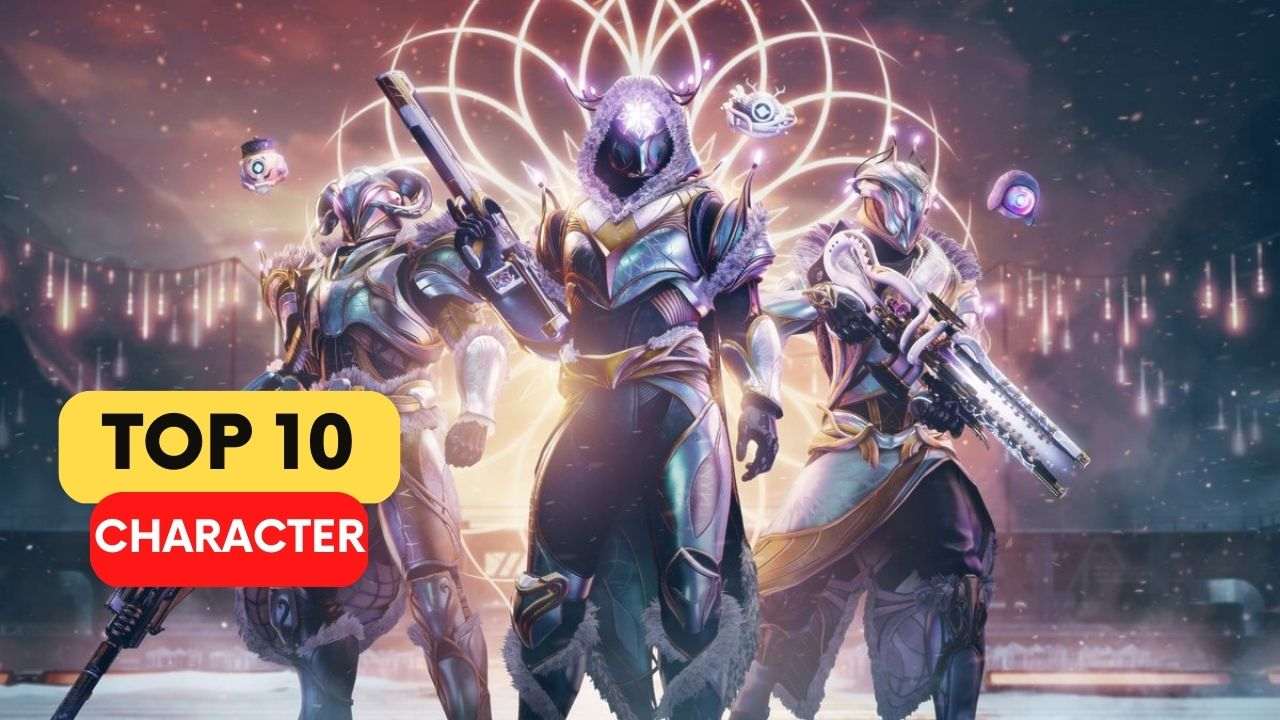 Bungie has expertly crafted a diverse cast of intriguing and nuanced characters in Destiny 2. They have skillfully developed these characters throughout the game’s various seasons and expansions, consistently maintaining player interest.

Destiny 2 features many memorable characters, some of whom have been sacrificed in service of the game’s overarching narrative, such as Cayde-6 and Asher Mir. However, for the sake of consistency, characters who have been killed off will not be included in this list as they are no longer able to be interacted with in the game.

Saint-14 is not just a vendor for the Trials of Osiris activity, but a complex character with a rich history. Once known as the feared Scourge of the Eliksni, he was believed to have died in the Vex-made Infinite Forest.

However, he has since reconciled with his former enemy, Mithrax, and serves as an inspiring example of redemption and forgiveness. Additionally, he is one of the first LGBTQ characters in the Destiny universe, and is in a romantic relationship with the Warlock Osiris. He is a noble and admirable character that all Titans and Guardians should look up to.

Mithrax, Kell of House Light, is a leader of a group of Eliksni who have rejected the Darkness and returned to the Light of the Traveler. They reside in their own community beneath the Tower. He first came to prominence in the Season of the Splicer, where he played a key role in thwarting the Vex-created Endless Night.

It was later revealed that he has a daughter named Eido, and has a complicated past as a former pirate lord of the Eliksni. He was once friends with Eramis, Kell of House Salvation, but their relationship has since soured. Mithrax is a dynamic character who is trying to balance his responsibilities as a father with his past actions.

The Drifter is a mysterious figure. His true identity and Guardian class are unknown. He hails from a time prior to the Tower’s existence, when the Iron Lords and Warlords were locked in battle. He is known to the Guardians as the organizer of the Gambit arena, and as one of the early adopters of the Stasis Darkness subclass.

The Drifter’s backstory is closely tied to the exotic weapons Thorn, Witherhoard, and The Last Word. He is also known for disagreeing with the Vanguards on their approach to the Darkness and believes in a balance between the Light and the Dark.

Osiris is a highly skilled Warlock, trained by Lord Felwinter and later mentoring Ikora Rey, the Warlock Vanguard. He is also romantically involved with the Exo Titan, Saint-14. He was first introduced in the now-vaulted expansion “Curse of Osiris” in 2018 and has undergone significant development through various seasonal content.

During the Shadowkeep expansion, he was replaced by Savathun in disguise while he was in a cocoon. Now that he has been released from Savathun’s control, he has resumed his previous role. Osiris is a wise yet impulsive leader who will do whatever it takes to protect those he cares for.

Crow, also known as Uldren Sov, is a widely misunderstood character in the Destiny universe. He has faced significant backlash for his role as the killer of Cayde-6 in the Forsaken expansion campaign. However, during the Witch Queen campaign, it was revealed that much of Uldren still resides within him.

He works through his past during the Season of the Haunted and emerges as a new person and is ultimately forgiven by the Guardian. There is great potential for his future development as a character and fans are excited to see what Bungie will do with him.

Mara Sov is the leader of the Reef and the first of the Awoken race. She is the reason the Awoken refer to each other as “cousins.” She is also the sister of Uldren Sov, who has since become the Guardian known as Crow. While she often assists the Guardian and the Vanguard, her actions are also driven by her own agenda.

Mara Sov is known for her cleverness and strategic thinking. It is no surprise that she serves as a trusted advisor to the Vanguard. Her character has become an important part of the Destiny universe, with her presence being felt in many recent seasons.

Commander Zavala’s character has undergone a transformation in recent times. He was previously portrayed as a stoic and reserved leader but has since been revealed to have a personal side. In the Season of the Haunted, it was revealed that he lost his wife and son in a raid by The Fallen while he was away training with Lord Saladin and other Iron Lords. This caused him to harbor feelings of self-blame and guilt, which he later overcame.

There have also been speculations of a possible romantic relationship with the Cabal Empress Caiatl, however it is not confirmed. He is also voiced by the talented actor Lance Reddick. Zavala has had to make difficult decisions throughout the years and his ultimate goal is to protect the Tower and humanity from the Darkness.

Eris Morn has one of the most tragic backstories in the game, as well as a distinctive appearance. She was left stranded on the Moon after a failed mission resulted in the deaths of her Hunter team, including her Ghost and friends. During her escape from the Moon, she stole the eyes of a Hive member, and became the apprentice of Ikora Rey.

She has been a prominent character in the Shadowkeep expansion and the recent Season of the Haunted. She is also one of the first Guardians to use the new Stasis subclass, introduced in the Beyond Light expansion. Despite the darkness within her, stemming from her experiences with the Hive and her desire for revenge, Eris Morn strives to do what is right.

Ana Bray makes this list because of her resilience in the face of her grandfather, Clovis Bray’s, dark legacy. She is a humble and unassuming character both in appearance and attitude. Recently, she has been given more depth and backstory in the Season of the Seraph update, although she was first introduced in the now-vaulted Warmind expansion of 2018.

She is the sister of the Exo Stranger, Elsie Bray, and the closest friend of the Warmind, Rasputin. She is also known for her participation in the Battle of Twilight Gap, which took place 100 years prior to the events of the game. Ana is a unique and compelling character who would make an excellent successor to Cayde-6 as the Hunter Vanguard.

Ikora Rey is the Warlock Vanguard and plays a key role in decision making alongside Commander Zavala. She also leads a covert group of Warlocks known as The Hidden, acting as a spy network throughout the solar system. She was trained by Osiris and is considered to be one of the most powerful Warlocks in the Destiny universe.

Ikora stands out among the Vanguard for her humanness, displaying more empathy and emotions than her counterparts. This can lead to disagreements with Zavala on certain matters, as their approach to decision-making can differ.