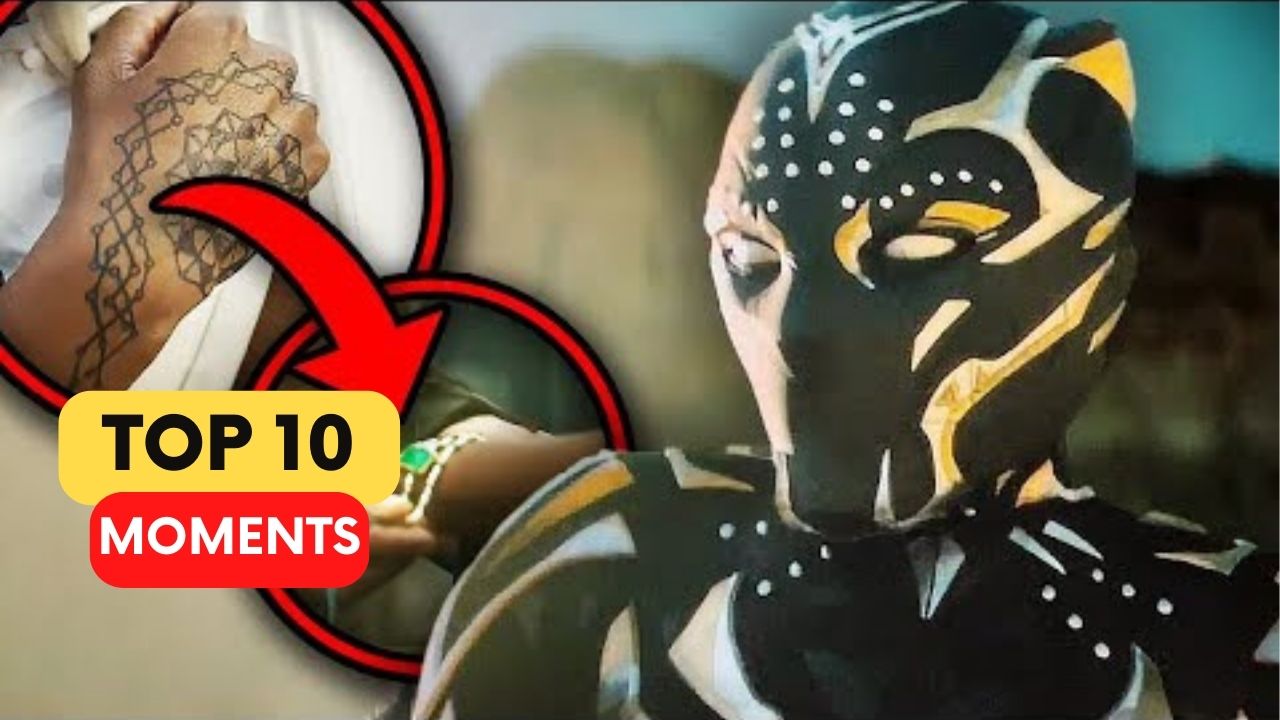 So enough time has passed since release of Wakanda Forever that we can now discuss it’s fun easter eggs without spoiling it for many people.

After two weeks of Wakanda Forver release it’s total collection is $546 million, including domestic and international.

It’s a sorrowful thing for China fans that this movie has not been released there. But we watched the movie and we totally enjoyed it.

A new meteorite connection, Namor’s war cry, A little strange power of new heart shaped herb and many more. On top of that recently Marvel released a new poster of Wakanda Forever, In which Letatia Wright’s Princess Shuri was seen in Black Panther’s costume for the first time.

Also Read: Top 10 Best Moments of House of the Dragon

One of the biggest reveal of Wakanda Forever was that more than one vibranium meteorite has crashed on Earth.

Because of which Wakandan’s became so advanced, And Talokans who consumed water based vibranium, They were able to breath underwater. And combination of human and water based vibranium formed Namor, Who got a distinct mutation and became a powerful mutant. Who is protecting his people for around 500 years.

Fans are linking falling of more than one meteor to Celestials, Kang and to mutants. Where this is said that vibranium meteor was sent by Celestials to make an indestructible armor for Celestials, But manipulating the path of the meteor Kang made vibranium reach Wakandans and Talokans,

So that there would be more super being on Earth and he could use them in Kang war. On top of that the people who got affected by the impact of the meteor, They had a genetic mutation, which they can unlock by coming in contact with different artifacts. Like Kamala activated her powers by wearing ClanDestine’s bangle.

Some fans think that is because of revenge. But if that was the case, Killmonger would not have met his father. Because he was also driven by revenge. That means the effect of synthetic heart-shaped herb is different from natural herb.

One who consumes this gets enhanced speed, agility, strength, endurance and durability. In short he or she become Black Panther.
Talking about Shuri she moves on from his brother’s helmet after becoming Black Panther. And takes her helmet in her hands. This is a call back to her stand alone comic Shuri #2 from 2018.

And that is where comes Namor’s catch prhrase imperius rex. Namor said this while Shuri said Wakanda Forever. Imperius rex is a Latin phrase, which roughly translates to empire king or emperor king.

Which means Talokan army can sacrifice their life for their king. Namor has said this line for a long time during battles in comics.
Once when Thor was fighting Namor he asked for it’s meaning, Namor said that, “I am going to feed your Asgardian hide to my biggest shark.”. Upon which Thor replied why don’t you say it straight.

Julia Louis-Dreyfus came back to play Valentine Allegra de Fontaine role. Where she in whole Phase 4 she was recruiting members for her Thunderbolts team like Nick Fury. It was shown that Val is ex-wife of Everette Ross.

However she is the new director of FBI. And she want to bring Vibranium into her country. In comic Valentina is an SHIELD agent and also the love interest of Nick Fury. But that angle was changed a little.

Strengthening one’s military is a good thing but how good the war will be for her we will know in later phase.

Before the release of Wakanda Forever it’s director Ryan Coogler told us that There are total 7 languages in the movie. But I only noticed 6 of them.

First was Wakandan language: Xhosa, Which is official language of South Africa and Zimbabwe. Second is Yucatec Maya which is the Mayan language. Third is Haitian French spoken in Haiti. Where we saw Nakia.

Fourth is French spoken by the UN representative. Fifth is Spanish. Actress of Nakia: Lupita Nyong’o was born in Mexico and raised in Mesoamerican culture. That’s why you will notice that her Spanish and even Mayan feels very natural. And the sixth language is English.

Riri Williams is currently attending M.I.T and that’s where she made a vibranium detection machine. In comics too she grabs everybody’s attention by making her first suit after reverse engineering Iron-Man’s Mark XLI suit.

On top of that there are two more talented people studying in M.I.T. We got to know in Phase 4 No Way Home that MJ and Ned are also attending M.I.T. Tony Stark himself studied from there.

We got to listen Shuri’s A.I’s Griot voice in first movie also. When Everette Ross had to fly an Wakandan Talon Fighter through remote control. But Griot’s voice has a bigger role in this movie.

Where he helps with the creation of heart-shaped herb. Helps Shuri develop new technology, And helps find Riri Williams and then Shuri. Griot is a poet, musician and story teller in West African culture.

Who keeps their tradition alive through their art. Trevor Noah who is known for his comedy and famous television hosting, He has voiced the A.I in both the movies.

Composer Ludwig Goransson made us listen to Oscar winning score from first movie at T’Challa’s funeral, We listened to the ancestral music for the first time when T’Challa consumes the heart-shaped herb.

Plus the spear and shied that T’Challa in the first movie which he used in ceremonial battle, We see it was kept near his coffin.

At the end the car in which Everette Ross was going to the prison, On the number it was written: CB 112976. It is written for Chadwick Boseman. Whose date of birth is 29th November 1976.

Although we all got to know about T’Challa’s on in mid credit scene, But when Ramonda comes to Haiti to meet Nakia, The children who brings Ramonda to Nakia, Toussaint was one among them. Toussaint Louverture was also the name of the revolutionary who liberated Haiti from France.

1. Parallels Seen in the Film

There are many parallels taken from old MCU movies. When Ramonda comes back after UN, upon arriving Wakanda, Okoye announces that,”We are home.”. The same thing was said by Okoye when T’Challa returned in the first movie.

Riri William’s Iron-Heart suit’s first flight was parallel to the first flight of Tony’s Mark II first flight. Where just like Tony, Riri realizes her suit limitation when she flied too high to destroy the drone.

In the first movie M’Baku calls Shuri a child. Who mocked her tradition. The same thing Shuri says to M’Baku when M’Baku comes to talk to her after Ramonda’s death. Even Shuri also does not kill Namor in the end.

Just like T’Challa did not kill Zemo. Who also says this that revenge ate us but we won’t let our people to suffer. In this moment this dialogue had high value. Because for Talokans their king Kukulkan is very important. Who is ruling them for over 500 years. If they had lost them their survival was very difficult.

So guys these were the 10 easter eggs from Black Panther Wakanda Forever movie.